If I had a penny for all the times I’ve been asked this question, I’d be sitting on a mountain of coins.

I was rather vigorously conditioned by my mother to please anyone and everyone, never hurt a feeling, never be a problem or disappoint anyone’s expectations of me. Most of all, never ever tell the truth if the other person might take offense. This worked about as well for me as it did (and still does) for her. In other words, it didn’t work for me at all, but that didn’t stop me from trying.

As I matured, I started to ask a deeper question. “What is intrinsically wrong with allowing others to simply have their uncomfortable feelings?” This more relevant inquiry began the day I realized my world had become like  a prison cell, one I entered voluntarily when I appointed myself controller of everyone else’s feelings. From the relative safety of my cell, I imposed the following rules:

If you think sparing others pain by sacrificing your authenticity is preferable, I’d like you to reconsider. The truth is — it’s not really about sparing them. It’s actually about you and your own unwillingness to be present with emotional discomfort.

On rare occasions, usually at major turning points in your life, you may find the survival of a relationship is honestly threatened by your authenticity. Here you will arrive at a crucial juncture. Do you cave in to keep the peace, or do you risk loss by being authentic?

There will certainly be circumstances wherein something you authentically do or say sets off a chain reaction of bad feelings in others. You might even be rebuked or ejected from the “tribe.” Or you might have to leave them to be true to yourself, to shed their drama and to spare yourself the toxic effects of their requirement that you be something you are not in order to remain included.

No matter what happens, I hope you hold fast to your truth. It’s your only real potential for a fulfilling life. Whether or not the reactions of others are extreme (or you are making them so in your own imagination), you have a choice. Grow into a person who can live your authentic life, or shrink your world into an untenably restricted space where you must become a creature of artifice in order to cope.

So, can you be authentic without hurting others? Well, the short answer is you can’t be authentic and please everyone. The more meaningful answer is this: you can’t make life pain-free, but you can make life fulfilling if you empower your authenticity and live from your truth. 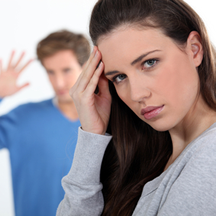 It’s a question that lives in the minds of people who really want a relationship to work but haven’t yet found a way. They may have tried a number of approaches, hoping for a different result, only to find themselves in the ashes of their efforts, with hurt feelings and a sense of futility.

Then comes the inevitable question: “What am I doing wrong?” My response: “First, let’s look at what you’re thinking and feeling. Then we can accurately assess what you’re doing.” Interestingly enough, the breakthrough usually comes when the individual starts to see that the feeling state he winds up in is one he has had for as long as he can remember, and there is a pattern to the drama that gets acted out between him and the other person.

What is in the way of healing? The short answer is the pattern itself.

All relationships involve a dynamic between the co-relators. If the relationship is dysfunctional, their interactions will be played like a proverbial broken record. In most cases, these individuals harbor distorted perceptions of themselves and each other, behave accordingly, and then choose to act out their roles in a script they’ve been perfecting for quite a while.

What should they do?

First, one or both of them need to stop acting out and start taking responsibility. Only when they have pried their attention off each other will they be able to challenge the validity of their feeling states and start to examine the distorted perceptions they are (invariably) projecting onto each other and the relationship.

Is it necessary that both of them do this? I look at it this way. If only one person changes his position in the canoe, stops acting out the script or drops his end of the rope and sticks with these changes, then change in the dynamic is now virtually assured.

But can the relationship be healed? Well, if one person changes, healing the relationship suddenly becomes a possibility that was not there before, but there are obviously no guarantees. However, even if only one of them changes, this will improve the toxicity and dysfunction by up to 50%. This is no trivial reward for the effort, if you ask me.

To heal the relationship itself takes both parties facing their inner fiction, owning their emotional reactions and committing to the shared goal of compassion, authenticity and peace. Ironically, it’s usually one person’s courage, willingness to change and be authentic in the relationship that starts the process. Will it be you?