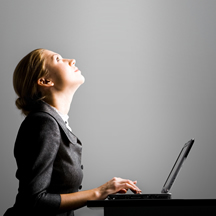 “An imaginary picture of a future outcome is not a vision; it is a fantasy, an illusion, and a very seductive one. It causes us to believe in the futures we conjure in the imagination. This is not vision. Vision is not about envisioning the future. Vision does not foretell; it does not predict the form the future will take or what the outcome of an endeavor will be. Vision is not a fantasy of an event or circumstances we can picture in our imagination. Vision is none of these things. It is not empowered by what we hope will happen in future time. Vision refers, not to fantasy we make up in the imagination, but instead to the manner in which something is seen.”

Vision is a very misunderstood concept in Western Culture where it seems to be confused with imagining a future result. There is a visualization method which has received a lot of attention in recent years. This method is based on a premise that, in order to create what we want, we must picture ourselves having that thing “manifested.” We must imagine the form we want the future will take, and this clear picture of the outcome then becomes the basis of a goal for achieving that outcome, often by some arbitrary date made up in the Mind. In some models, absolute belief that the outcome will come about is also required.

Belief has the unfortunate tendency to blind us to uncomfortable truths, especially to the uncertainties which are the part of every now-moment. While it is true that visionaries see potentials that others do not see, their belief is not invested in medicating their insecurities and anxiety. Perhaps this can be understood clearly when we examine what we mean when we call someone a visionary. Think of great artists and inventors, like Leonardo da Vinci and Thomas Edison. Consider great thinkers and social reformers, like Thomas Jefferson, Abraham Lincoln, Clara Barton, and Sylvia and Emily Pankhurst. Call to mind the great resisters of tyranny, like Harriett Tubman, Frederick Douglas, Martin Luther King and Nelson Mandela. And finally, reflect upon the great theoretical scientists, like Albert Einstein and Steven Hawking. What can we notice about this small list of visionary thinkers? Were they engaged in fantasies about the future? Not really.

Instead, these visionaries saw their present-time world quite differently than did most people of their time. They possessed extraordinary insight and discernment. They were able to move beyond the frame of reference of their time and access a way of perceiving that propelled their awareness beyond the boundaries of then-current thinking. Through their creative lens, these visionaries saw real and tangible potentials whose actualization created enormous shifts for all of humanity. Their visions had one important thing in common: clarity about the meaning and purpose of their efforts. Their unique perspective allowed them to conceive of something which did not yet exist, and at the same time, they were aware of certain obstacles and limitations in the scope of their vision and what they themselves might be able to achieve by sharing their unique perspective.